Braxton Schieler is fourteen years old. He attends Emmons Grade School in Antioch, Illinois. He has a passion for writing and dream of finding a career in it someday. It is his hope and dream that with the stories and poems that he creates, he can, from his small corner of the world, empower ordinary people like him to do extraordinary things. The fiction he performs here, “Someday I'll Be”, is his own work.

Jacqueline Jules is the author of forty books for young readers including the Zapato Power series, the Sofia Martinez series, Pluto is Peeved, and Never Say a Mean Word Again. Her poetry has appeared in over 100 publications including BALLOONS Lit. Journal, the Poetry Friday Anthologies, One Minute Till Bedtime, Cicada, and Cricket. The poem she performs here, “Egret”, is her own work. Visit her at www.jacquelinejules.com.

Jackie Hosking is an Australian poet and picture book author. Her poems have appeared all over the world including such publications as The School Magazine (Australia), Cricket Magazine (USA), Educational books (UQP India) & Anthologies (little brown USA). Jackie’s picture book, The Croc and the Platypus is a rewrite of Lear’s The Owl and the Pussy Cat with an Australian twist. Her second picture book is currently in production. The poems she performs here, “Bluebells” and “Tightrope Tired”, are her own work.

Agnieszka Filipek lives in Ireland with Munchkin, her rescued white rabbit. She writes in both her native tongue Polish and in English, and also translates in these languages. Her work was published internationally in countries, such as Poland, Ireland, United States and India. The poems she performs here, “crows” and “Sunflowers”, are her own work. For more about her, see www.agnieszkafilipek.com.

Xavier Barzey is a writer based in Trinidad and Tobago. She graduated with a degree in English Literature and a Bachelor’s degree (Hons) in Media and Communication. She is currently working on a book of short stories that brings light to the folktales in his country. Her work has been published in the Trinidad Express, the Trinidad Guardian and is forth-coming in Akashic Books. The poems she performs here, “Down by the Sea” and “Questions Questions”, are her own work. 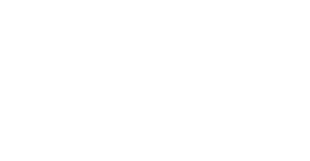