Stephen Dudas teaches at Miami University in Oxford, OH where he earned an MA in Creative Writing in 2013 and where he is currently a PhD candidate in literature. His writing has been published in The Great Lakes Book Project, drupe fruits, Ohio’s Best Emerging Poets (Z Publishing House), and Rain Taxi. He is the author of a chapbook, An August Nightmare (Prolific Press, 2018). Dudas was a founding co-editor of Threadcount Magazine. The works he performs here, “Key” and “The Accursed” are his own works.

Dr Lee Ho-cheung is the founding editor of BALLOONS Lit. Journal. His poetry, prose and artwork could be found in a range of international journals. In addition to creative writing, he is fond of speech and drama. He completed his Trinity Guildhall Grade 8 Performing Text, for which he was awarded an Exhibition Award, followed by his ATCL (Speech & Drama) and LLCM(TD) (Speech & Drama Teaching).

C. W. Spooner’s short stories have appeared in The Storyteller, Lost Coast Review, Spitball, and an anthology from Main Street Rag. He has published two collections of short stories (Children of Vallejo and Like a Flower in the Field), two novellas (’68 and Street Cred), and a collection of essays, memoirs and poems  The work he performs here,  “Chicken in the Ruff”, is his own work.

Becca Wierwille is a kindergarten teacher and writer whose short stories have been published in Guardian Angel Kids Online Magazine, Short Kid Stories, and Flash Fiction Magazine, among others. She is a member of Word Weavers International and St. Davids Christian Writers’ Association.
The work she performs here,  “The Ice Cream Cart”, is her own work. [beccawierwille.com]

Maya Mahony just graduated Stanford with a degree in English and creative writing. Her fiction and poetry have been published in Terrain, Scrivener Creative Review, Leland Quarterly, and Collison Literary. She loves spending time in nature, swing dancing, and playing guitar, and is currently writing a children’s novel about a witch. The poem she performs here, “Flight of Stairs”, is her own work.

Jacqueline Jules is the author of 45 books for young readers, including the Zapato Power series, The Generous Fish, and Never Say a Mean Word Again. Her first collection of poetry for young readers, Tag Your Dreams: Poems of Play and Persistence, was released April 1st. The works she performs here, “May the Force Be with You” and “Social Media Oyster” are her own works. [www.jacquelinejules.com]

Grace Ker is a 13-year-old who attends Miller Middle school in San Jose, California. She enjoys writing in her free time and is also a competitive fencer. “Sorbet” is her first publication. The work she performs here, “Sorbet”, is her own work. 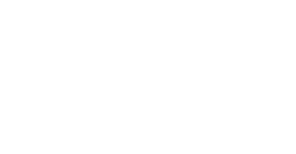